NEW RELEASE in the 'instamatic' series.... 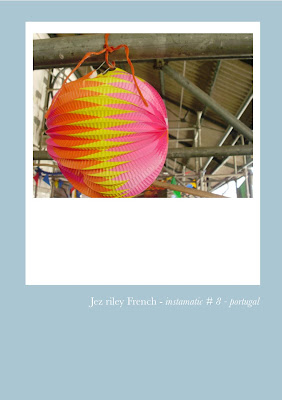 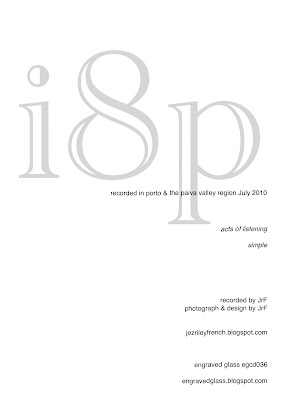 Posted by Jez riley French at 3:20 PM No comments: 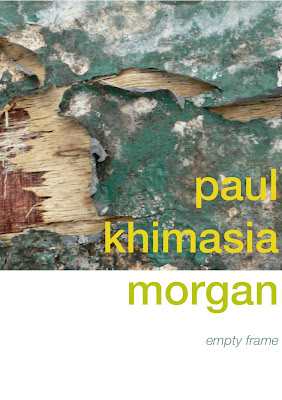 3 focused pieces from one of the key players in the new generation of UK improvisers & a major contributor to the music scene in Brighton. In the last 12 months or so Paul's approach has gone through a radical transformation that, whilst keeping the elements of scale & momentum, sees his sound stripped back to the bare essentials.
also available as a digital download:

Tonight’s CD is yet another on the Engraved Glass label, a solo CDr by the Brighton based electronics/objects etc musician Paul Khimasia Morgan named, nicely and quite fittingly Empty Frame. If this isn’t Paul’s first solo disc then I missed any earlier ones, but its probably the most assured and confident work yet. I should probably mention that Paul has added a thank-you to me amongst a good few others on the disc’s liners, but I think this caveat can be ignored given that I have no idea what I have ever done to deserve the mention, not that I don’t appreciate it.
So Empty Frame is quiet. Across all three tracks there is a sense of hushed restraint for most of the time. The curiously titled opening track Snowed in; more plaster remains somewhat minimal across its fifteen minutes as well as something that resembles a gentle motor purrs away, occasionally changing gear. The CD liners mention that “dental recordings” were used in the ‘pre-production’ process, and one wonders for a minute if some horrible drilling practice might be underway, but I don’t think so. At least not in this tack. The sensation listening to this piece though is not at all unlike sitting on a quiet Sunday afternoon mid-summer while someone a few doors down cuts their hedge. The title and recording date of the piece suggest quite the reverse however, as I suspect Khimasia-Morgan recording the piece during one of the heavy snow outbreaks we saw in the UK last year. So throughout the piece we hear the soft whirring of whatever it is, and occasional close-up pops and scratches at the microphone. As the tracks enters its last minutes the whirr drops to a hum and then the faintest of distant colouring against the silence. That’s about it. While perhaps not quite managing to fully capture the attention all of the way through this track, the ending is beautiful. This is a brave recording, and when placed at the start of an album it makes a bold statement about what may or may not constitute enough material to be called music.
The second track, titled The prospect of dim-sum (always a good prospect in my opinion) builds on the statement made by the opening piece and adds a fair amount besides. This isn’t to say it gets any louder, as it doesn’t, but it certainly engaged me completely across its fourteen minutes. Opening with a couple of small, seemingly innocent scratches and clicks the piece adds a gentle background hum of the kind you notice if you stand anywhere near an electricity substation. Over this we hear little chimes, purrs and some really hard to describe, thoroughly unidentifiable sounds that feel almost coincidental. A louder, far more present tone kicks in at one point, and well, all kinds of small sounds appear and disappear throughout the piece. It all feels very unhurried and somehow incidental though, almost like a field recording of small creatures flitting about their way late at night. As the track closes the hums have all departed, but you barely notice where they went until the small sounds, clicks and cuts and one striking ringing chime jump out of the empty space. A very nice, somehow curiously original piece.
The closing piece, A brisk walk to aid contemplation opens with a sudden, very sinister sounding kickstart of a drill that immediately brings the mention of dental recordings to mind and gives the track a very different feel. From here the piece is more laminal than the other two, textures placed on top of each other, but still with the sudden appearance of smaller, hard to identify sounds. Buried somewhere below it all in this first section of the piece there is a repeating motif that bugs me throughout the piece, perhaps a dog barking or an owl hooting, but over and over, looped, but lost so far down in the mix it becomes little more than a faint nagging sensation as you listen. The layered feeling dissipates soon after, but the piece remains busier and slightly (if not a lot) more conventional than the other two pieces, though this doesn’t stop the music breaking down completely and reinventing itself more than once.
This is a nice release that feels less satisfying than it feels curiously troubling. Something about it feels slightly askew, and while the soft palette lures you in there is a constant unease about what lies throughout this album, and I don’t think its just the promise of dental recordings, though the return of the drill, coupled with some unhelpful electronic moans and a sharp rise in intensity and volume had me sat bolt upright in the chair every time I played the disc through. Nice work indeed then.

review from Just Outside (Brian Olewnick)

Found myself thinking of the Costa Monteiro/Owen disc more than a bit while listening to this one. Three tracks, very pared down. The first, titled, "snowed in; more plaster", sounds like a piece of small machinery, possible a mechanical sander, going about its business. As with the Thut above, I was left wondering if I might be better served turning one such on myself and listening. The following cut, "the prospect of dim sum", is far more intriguing: a weft of mysterious hums and clicks that creeps organically across the intervening space between the speakers and my ears, never quite identifying itself but always offering tantalizing glimpses. Gentle rubbings, soft clangs, something rotating int he background--all in a fine balance, with air between. Similarly, the final track, "a brisk walk to aid contemplation" manages to retain an air of "unrevealing" even as, in this case, one suspects that some of the sources carry connotations that are less than what is normally considered contemplative (the "dental recordings" cited in the credits may well appear herein...). It doesn't quite sustain this strength throughout, waxing to a loud but relatively uninteresting hum toward the end. Still and all, a worthwhile effort, especially that dim sum cut, which is outstanding.
Posted by Jez riley French at 8:47 PM No comments:

one . between kinetics (live sections from performance at sharmanka)

two . spaces between others (between scores, concert room at wandelweiser event)

three . between window and table (live sections from performance at 12 / 2)

four . between still morning and a long picnic (recording of room at 12 / 2)

five . between agedashi tofu, udon and central (recordings in restaurant and station) 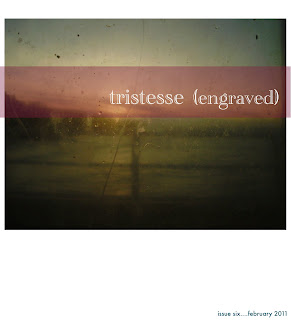 Posted by Jez riley French at 2:34 PM No comments: