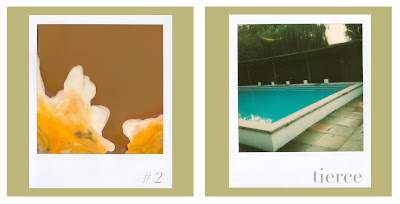 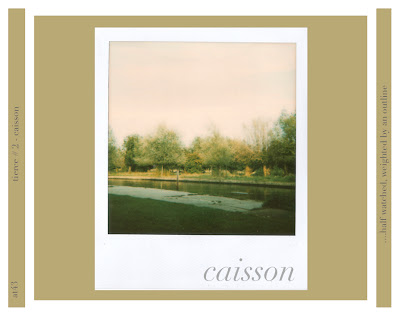 Every few years some people start saying that improvised music has grown stale and is dying. Such prophets of doom should go out more. They could visit Hull – a city which gets as bad a press as improvisation: it too is supposed to be dying and have become a cultural desert. But if you choose the right weekend and can find the right art gallery amidst the city centre’s backstreets, then you might find three men sitting at tables with an assortment of electronic gizmos and general junk in front of them (one even has an old knitting machine…) It’s true that there’s not a great deal to watch as they sit twiddling knobs and switches and scraping this and that, but that’s why there’s a film being projected on the wall behind them – a documentary without its sound, which seems to be about some weird central European guy experimenting with little rockets in an artistic sort of way. And the music the three men make is captivating. It starts hushed and delicate, but switches every so often into a more assertive, even abrasive texture – which might surprise you if you’ve heard these three before. They play for an hour – they kind of have to because that’s how long the film is. But it’s unusually long for an improvisation, and that’s good because you can hear it stretching them, forcing them to open and explore areas that they might not have got to in the safety of a 30 minute set. And as the film’s credits start to roll, the musicians stop, though I can’t work out how they know to, as they don’t turn round and look at the screen. But that’s the end.

Several months later a disc arrives through my door with no label and no note in it. I receive a lot of music through the post, so I’m neither surprised nor particularly curious. But when I play it I am. What is this? It’s really good. And then I remember that Jez said he wanted me to write a few words about Tierce, and I realise that I’ve heard this before. But I’m hooked by now, and I sit through the whole hour again, wishing everything I was sent was this good. As Shakespeare nearly said, “if this music’s dying, then give me excess of it before it shuffles off its mortal coil.” I just wish that other forms of music could die so gracefully, and with such vigour and vitality.

I’m not going to bore everyone with self-obsessed updates on my health today. Suffice to say I’m improving rapidly and am well enough to return to a decent listening schedule, even though I’ve given and in and got out the CD Player’s remote control for a few days to stop me having to keep getting up to press play. I hate remote controls. Grumble grumble…

So tonight a CD that I have been looking forward to hearing for quite some time, the second trio release by Tierce, the group made up of Ivan Palacky, (amplified knitting machine) Daniel Jones (turntable and electronics) and Jez riley French (field recordings and no end of other stuff). The album is yet another release in the new batch from Another Timbre and is named Caisson. To get the inevitable caveats out of the way, while I haven’t actually heard this music before I know a couple of the musicians well, one of them very well, and only my own technical and organisational incompetence kept me from hearing a rough version a while back. As ever though, my thoughts on the music remain, in my opinion, as objective as can be. I think I’m going to write that paragraph up as a separate page and just link to it from time to time

The first thing that hits you about Caisson is how bright and clear everything is. I’m not sure how much tweaking was done at the mastering stage, but this is the loudest I ever heard Daniel Jones’ output before, and everything sounds very crisp and crunchy. Often I hate this kind of thing, but here the tweaks on the EQ (I’m guessing) do bring everything nicely in to the foreground, though at the same time separating the three sets of sounds quite clearly rather than letting them merge together. On the whole we hear vaguely metallic bumps and thuds and whirring percussion from Palacky, little stabs of fizzing and sparking gritty electronics from Jones and field recordings (birdsong, traffic, the usual) from French though his list of instrumentation also suggests he added various other acoustic elements as well.

In some ways this is your everyday modern improvised trio, sometimes blending sounds together, sometimes setting them against each other as jarring shifts in dynamic. There are loud, collective clouds of noisier parts where things boil up into near angry chaos, but also plenty of parts where it all slides apart into near enough silence. What sets this apart from a lot of recent improv however is the way the field recordings are used. They are not disguised, and often sit clearly as part of the music for some time. At around the half hour mark (the entire disc, recorded live clocks in at about an hour) a lengthy recording of a city can be heard, full of traffic, crowd noises, passing trains, the footsteps of whoever (presumably Jez) is making the recording. This field recording at one point dominates everything, For a while there is a nice rhythmic exchange between Palacky and some buzzing distortion from Jones but soon after they seem to give in and just let the recording go about its way, only picking things up again later after French’s cinematic yet overlong contribution ended with the thud of a closed door. When this section passes though, a really lovely section consisting of a sustained sine tone and some deep rumbling metal is very lovely, only really losing impact as its volume rises a little too high and the subtlety is lost a bit.

Caisson moves through all kinds of section then, almost like several separate tracks pulled together into one live set. Its hard to know if any editing took place but if not the way the various elements slide into one another is really quite confidently and adeptly done. The passage that can be heard from around the forty minute mark onwards, looming, dark clouds of something undercut by insistent piecing tones and odd little bleeps and bloops is really very nice indeed. If field recordings are used in this part then they work better here than anywhere, perhaps as they are impossible to identify and so become part of the abstract pieces of the puzzle rather than just a bed for the other sounds to lay over the top of. A more obvious recording then appears for the closing few minutes, some kind of vaguely industrial sounding space complete with large objects banging softly and a brief whistle from someone. Here again though Jones and Palacky drop away to let this audio picture dominate the closing section when I would probably have preferred them to confront it head on, taking it as just another sound element to react to rather than allow its narrative to take the lead.

Still, tiny quibbles aside, this is a lovely album. The music is understated, with Palacky and Jones in particular finding very nice ways to work together as French seems to drive the shape and structure of the music. Its a significant step on from the brief 3″ disc the trio released a few years back, more nicely recorded with better production values and much more space to stretch out and breathe. I suspect that given the multitrack files I might personally have chosen to mix the disc a little differently but that’s just a matter of taste. A very nice release indeed.

Tierce is an international trio of electroacoustic musicians which has existed since 2007: first Jez riley French (electronics, objects, field-recordings, zither, contact mics, etc..), Daniel Jones on turntables and electronics, and finally, Ivan Palacký on amplified knitting machine (... yes you read that right). The performance that gave rise to the disc Caisson was a single piece lasting an hour at a concert recorded in an art gallery in Hull in November 2010.

So imagine a fairly large box or cabinet ('caisson') of any sort, the important thing being the space that it contains rather than its function. Because space seems essential for these three musicians: the electroacoustic music offered here is a kind of sound design in which the sounds define and individualise the space as they fill it. What sounds then? It's difficult to say; it navigates constantly across DIY electronics, field recordings of all sorts (bells, various background soundscapes, birds etc...) and strange sounds that are unrecognisable. All this is mixed together and merged into a single fluctuating, shifting field, which is both light and corrosive, aggressive and calm. No hierarchy is established between the various sound sources, they all belong to a single stratum. And this stratum carves a space out of time, a space that is created at the same moment as it is inhabited by the music.

Of course, there is a particular form of sonic exploration at work in Caisson; each of the three musicians trace a sound world that is strictly personal, but timbre doesn't seem to be their primary concern. They all seem more interested in the spatial properties and characteristics of the sounds: how will such a noise fill the space?, how will the hearing of some other sound be experienced within the spatial environment? Caisson plays above all with sensory perception ("micro-listening" as Jez riley French says in his interview for Another Timbre), the trio plays with the possibilities of changing our perception (which is auditory in one sense, but also visual, and – why not? - olfactory and taste-based) through a careful listening that evolves in a global environment whose objectivity and solidity are here put in question.

However, despite the tranquility that characterises it, this music is also rather tense, doubtless because of these constant shifts and fluctuations, partly as if any form of stasis was feared, but also because of the often abrasive sounds that are used, which progressively fill the space in an apparently ineluctable process. A space that is filled, but not only by sounds: silence also has a prominent place across the spaces of this piece, a silence so pervasive that it becomes the equal of the sounds with which it interacts. Silences of a frighteningly heavy substance. A music that is above all not static, nor linear, but which evolves across an unstable terrain that is in flux, across spaces that are sometimes saturated with noises, or else with silences, but also across airy regions that would be suitable for meditative contemplation. An approach that flirts with the infinite (time as well as space), so calm and poised that no border would be able to delimit this universe.

I haven't heard Tierce's first album, which was released on Jez riley French's label, but Caisson, despite some difficulties in approaching it due to the considerable attention it requires, takes us on a unique micro-sensory journey across a space that the musicians have brought into being and in which they are fully invested. Their approach to sound and its 'intuitive' unfolding is radical, and this creates a music that is bizarre, unexpected and unprecedented, but once you have overcome your cultural reticence, Caisson has the ability to take the listener inside some fantastic spaces where the Kantian categories of perception are annihilated at the same time as they are exacerbated. A supernatural music seems to allow the opening, maturing and fulfilment as much of perception itself as of the things perceived (especially sound, and space and time).
Posted by Jez riley French at 12:00 PM